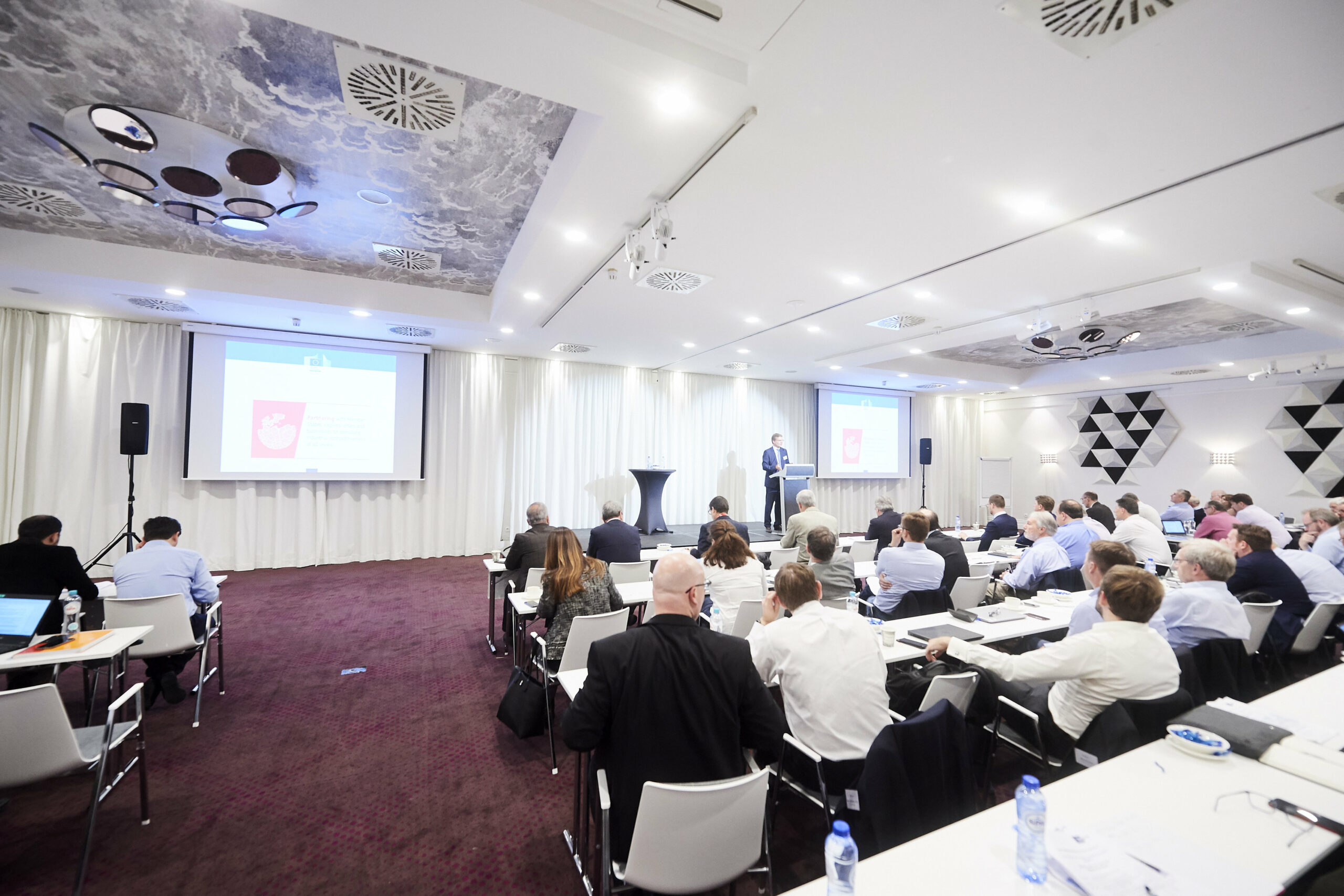 First steps to form Pneurop were taken in 1958 and 1959 by the Trade Associations of France, Germany and Great Britain. Pneurop was formed in 1960 with, as founding members, Austria, Belgium, Denmark, France, Germany, Great Britain, Italy, Luxembourg, Sweden and Switzerland.

In 2018, Pneurop celebrated its 60th anniversary as a European association. Click HERE for pictures of the event

Pneurop was set up to study the development of the compressed air industry and foster its progress.

Pneurop’s early work was of a fundamental nature, that is the production of a glossary of terms and classification of products and harmonisation of the different national test rules.

From the mid-1980s Pneurop has been involved in detailed discussion on draft Directives and work on CEN (European Standards Organisation) harmonised standards mandated from the European Commission. This work continues.

Following the intensive years of work on Directives and harmonised standards, Pneurop has returned to its innovative work e.g. compressed air contaminations, purity classes and measurement methods, as well as items for submission to ISO.

You can find out more about which cookies we are using or switch them off in settings.

This website uses cookies so that we can provide you with the best user experience possible. Cookie information is stored in your browser and performs functions such as recognising you when you return to our website and helping our team to understand which sections of the website you find most interesting and useful.

Strictly Necessary Cookie should be enabled at all times so that we can save your preferences for cookie settings.

If you disable this cookie, we will not be able to save your preferences. This means that every time you visit this website you will need to enable or disable cookies again.

This website uses Google Analytics to collect anonymous information such as the number of visitors to the site, and the most popular pages.

Please enable Strictly Necessary Cookies first so that we can save your preferences!